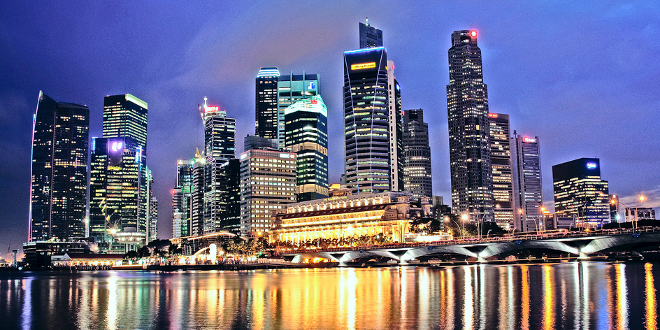 Billboard politics and another way to make your ad POP in Singapore.

Advertising in Singapore is facing its challenges. Foremost, for most start-ups, mid sized and even for a few larger companies in instances with limited ad budgets, Singapore is not exactly a cheap place to buy traditional OOH. It’s a pricey place all around. But the other challenge I’m hinting at here is the trend in stronger beautification efforts by the local government, such as the huge tree planting blitz some decades ago from a politician who was fond of trees. With this political beautification mentality, roadblocks have in the past at least, been going up creating more obstacles if you are a billboard plant.

Unless you have a chat with a billboard CEO’s on the island, you wont notice that the government which loves lots of regulations, is making it harder and harder over time to construct new billboard ad space on buildings, highways and streets. The fight is real and has been for a number of years. This still is not as bad as the United States where from coast to coast new permits were banned for the most part starting in the early 00’s thereby creating a near monopoly for only existing players.

Economics 101 says supply and demand influence prices. Singapore is still a rather strong economy even post 2008 crisis and after their huge money printing spree since, so there is indeed demand for ad space. Firms are coughing up big cash for prime space at Raffles Place for starters. The thing is, over time, it’s harder now for a billboard plant to not only maintain what they have but to make new signage for the growing demand for OOH. “We have forces inhibiting new signage and other forces trying to uproot existing signs” says one prominent billboard company CEO in Singapore in April 2012 while “riding his boards” in his Porsche, [paraphrased]. “I’m constantly fighting “city hall” to get just one more sign. I’m active to maintain what I have built also…” says Porsche man. Porsche man is not alone. I spoke with another person from another billboard plant the next day and that company seems to have actively pursued business opportunities in OOH in other Asian countries instead of beat the dead Singapore horse, if you will, to try and develop inventories locally. This person said it’s too expensive to pursue more ad spaces locally, yet easy to get into Singapore and start a business. Nice, easy to get in but high price tags, red tape, barriers to entry on the out of home media space building. I will pass thank you.

This conversation confirmed the previous day’s one and so it looks like this industry of owning media OOH has hit a top.

Their time, money and blood are not worth the efforts dealing with high costs and regulations and red tape on the island to try to make a buck. They are going where there is low costs, little barriers to entry, and less interference from government whom are advertising-haters.. The bottom line is the goal, in black color not Singaporean red! Its too bad media companies cant grow in Singapore because a ton of brands want to advertise to this local 1st world country who has disposable income. The demand for more signs, more innovation, lower costs is badly needed here. Heck, Singapore needs more taxis for crying out loud! Unfortunately for this industry, free market capitalism is not so free and hence there is a hypocritical attitude from Sg city hall and hence, a stifling of the industries progress to grow and just do what we all want to do, meet the demand and make money.

But anyway I digress, the message was conveyed clearly. Singaporean politicians want to choke out more signs to beautify their island more, trying to mimic a bit Sao Paulo Brazil and the Americans with a softer Sing-tone. This hindrance on advertising development is making media buyers pay premiums, obviously. Have you seen Singapore OOH prices? Thus preventing companies that DO want to promote and grow their business with OOH a barrier to entry for the Singapore consumer market place. My sentiment is geared toward billboards, walls, and most traditional signs, not so much subway, train or taxi.

Since Singapore really is a pro business environment, It’s a little surprising they are anti advertising-business.

The above said, ad space is costing more, and is less abundant in this market as it potentially could be. Being in this business we know darn well rates all around the world are going up not down. Let’s Segway into Singapore alternative advertising (click for media kit) and why it could really POP more than your average wall sign which sits quietly up there while you walk by Raffles Place and not notice it talking on your phone briskly walking to your meeting.

Would you believe it? A mobile billboard with event crew that drives around the city, parks all over in busy areas- IS permitted in over regulated Singapore! Yay there is hope. Wonder how long this will last….

Lets call it the “Mobile POP-Board” This truck which is wrapped in vinyl, has a center double sided billboard in the flatbed, 4 big faces, and in the pictures shown, an optional crew dressed up to the theme on board ready to jump out upon parking to sell sell sell-, is a billboard coming to you, with sales people included. This one was custom tailored with a cut out for the clients’ need, which also had real palm trees! This mobile board is keeping it real. If alternative OOH is possible and affordable it should be in demand more than traditional for this market.

This ad campaign is signage going to areas which fit the demographic, along with staff to hand out gifts, promos, coupons or just sell the product. A walking, talking billboard on the move. It’s ads like this which make impact on memory to those exposed it.

This particular campaign you see cost around SGD50,000 for a 2 week run including production and labor. No not cheap, depending on who you ask. However its quite engaging if planned right.

To make an in your face mobile awareness and promo campaign for Singapore this would be at the top of the list. And if your standard OOH is booked or out of budget, you either give up or look at alternatives.

Your Singapore out of home advertising agency:

Sovereign Ad offers a wide array of ad space products for Singapore. Give us your RFP,

Click here to visit our Singapore section for a summery of what we offer and some media kits to browse.